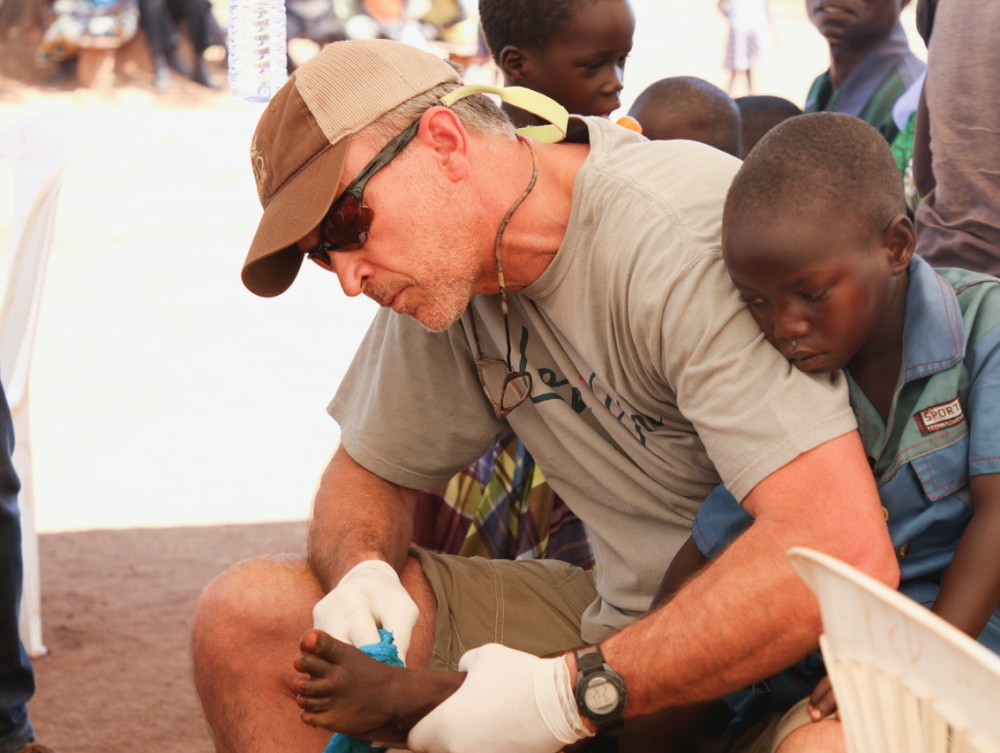 Giving is personal. Some people give to causes they can relate to. Others respond to needs they see in their communities. Then there are people like Mike Mayernick who fight for the most vulnerable among us, one child at a time.

Mike was serving on the board of a nonprofit when he learned about a 3 ½-year-old girl, JosieLove, living in a Ugandan orphanage. He and his wife traveled there to meet the girl and bring her home. But when they arrived, they discovered that she weighed 15 pounds, couldn’t walk or talk and tested positive for malaria, tuberculosis and HIV. Though Mike and his wife Suzanne were able to nurse their daughter back to health and bring her home, they knew they needed to do more for the children left behind.

“We realized that there are a whole lot of kids that are just like her, that are sick and just need food and medicine and love,” said Mike, who was last year’s Invest in Others Global Impact Award winner. “We can’t adopt them all, but we can help that one person in front of us.”

Five years ago, he and his wife launched their nonprofit, naming it Love One International, with the idea that everyone can make the world better by taking care of one need. And while the phrase “think globally, act locally” has become a rallying cry in recent years, we should also remember to support international causes.

In 2015, a report by the Giving Foundation found that philanthropy was on the rise in nearly every category except for giving to international charities, where it was down by 3.6% in areas that include aid, development, relief and human rights organizations.

Often, people give to global charities in the wake of a natural disaster. But with 10% of the world’s population living in extreme poverty, on less than $1.90 per day, the poorest countries struggle simply to provide their citizens with daily necessities like proper nutrition, clean water, medicine, adequate shelter and access to education.

“We believe that all of our lives can have an impact for good,” Mike said. “One of the best things about Josie’s story is that her life is having an impact on thousands. It’s because of her that this idea was birthed.”

Josie has touched many lives, both here at home and around the world. Her story struck a chord with Invest in Others board member Aaron Klein, CEO of Riskalyze, after hearing about Mike’s charity at last year’s IiO Awards Gala.

“I felt an instant connection with Mike and his Love One International mission,” said Aaron, who also co-founded Hope Takes Root, a nonprofit that provides critical support to orphan and underprivileged children in Ethiopia. “My wife and I adopted two children from Ethiopia and one child from South Korea. We were truly blessed and, like Mike, wanted to do something on a larger scale. There are so many opportunities around the world where providing basic needs, like food and education, can break the cycle of poverty and prevent kids from becoming orphans in the first place. I look forward to supporting Mike in his efforts and collaborating to strengthen both charities.”

Do you know an advisor who is making a difference in the global community? You—or someone you know—could be our 2020 Global Impact Award winner. Submit a nomination today! The deadline is Friday, April 3.