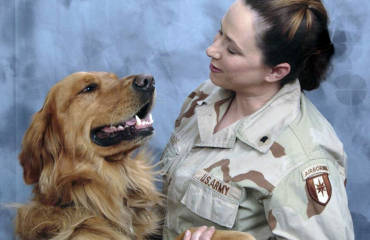 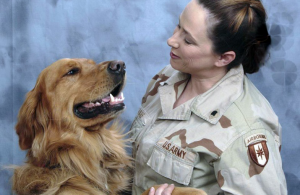 Roberto Costa first learned about K9’s for Warriors at a Rotary luncheon in 2015 when he was introduced to the guest speaker, retired Marine Corp Captain Denis Oliverio. Denis had sustained combat wounds on the battlefield in Iraq. Through their conversation, Roberto learned about K9’s for Warriors mission of connecting veterans suffering from post-traumatic stress disabilities, traumatic brain injury and/or military sexual trauma as a result of military services with service canines. This connection helps empower veterans, allowing them to transition to civilian life with dignity and independence.

As a former Marine, Roberto was instantly drawn to the organization’s mission and wanted to start making a difference. Roberto created a unique opportunity for K9’s for Warriors by bringing Denis as a guest speaker to his broker-dealer’s annual meeting in 2015, where K9’s for Warriors successfully raised more than $40,000.

Since that meeting, Roberto has continued to serve as a major champion for the nonprofit, volunteering in telethons, hosting “Friend-raisers” with clients and acquaintances at the K9 campus, and bringing volunteers to serve on corporate service days. In the past three years, his impact on the nonprofit has been significant, both in terms of hours volunteered and dollars raised. The telethon Roberto spearheaded raised over $400,000!

Roberto continues to serve K9’s for Warriors as a key fundraiser, volunteer and overall cheerleader. He is always sharing the organization’s mission and raising awareness within his community. For Roberto, he knows that when men and women are injured on the battlefield while serving their country, K9’s for Warriors will help them return to civilian life and thrive.

“I wanted to be part of this solution provided to those who selflessly gave so much for all of us,” Roberto said.