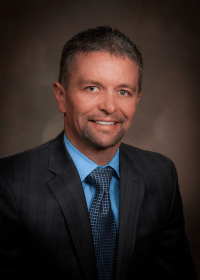 “The subject of suicide is taboo, but it needs to be talked about. We can’t tap-dance around it,” said Billy Peterson, owner of Peterson Wealth Services in South Ogden, Utah, and founder of the Livastride Foundation.

Soon after his brother Brody took his life in October 2009, Mr. Peterson was moved to start a program to give young people something more to live for. The name Livastride, coined by Brody, is meant to represent the opposite of suicide.

The foundation began by awarding a scholarship to a Utah student who had either attempted suicide or had been affected by a loved one’s suicide experience.

“The message we wanted to give was ‘Don’t give up — let us help you see those dreams come true,’” said Mr. Peterson, a certified financial planner.

Inspired by his passion for sports, he also created a baseball tournament that now hosts 55 teams with thousands of spectators — a huge captive audience.

“We use the opportunity to tell kids, ‘Be a leader — stop bullying when you see it.’ Before the games, we tell the coaches to teach the kids how to win and lose humbly, and teach them how to deal with adversity,” Mr. Peterson said.

“I want to see the kids emotionally, spiritually and financially stable. We’re trying to provide a bridge to all these things.”