The American Cancer Society’s (ACS) mission is to save lives, celebrate lives and lead the fight for a world without cancer. From research to patient support, promoting healthy lifestyles, and fighting for lifesaving policy changes, the organization attacks cancer from every angle. Nationally, the ACS serves 54.5 million people annually, and over 1,400 patients in New England per year through rides and lodging.

In 1984, Frederick Hussey lost his mother to breast cancer. A decade later, he saw women walking in Boston’s second annual Making Strides Against Breast Cancer (MSABC) walk, and Frederick felt a deep connection to the organization’s mission and decided to get involved. For nearly 30 years, Frederick’s service to the American Cancer Society has been both consistent and noteworthy. He has been served as a top “Pacesetter” fundraiser for the annual MSABC walk every year since 1993, co-chair for the Hope Lodge Boston Golf Invitational from 2005 to 2011, chair of Real Men Wear Pink Boston since it was established in 2016, and a member of the Eastern New England Area Board for the past 11 years, of which he is currently Chair. For Frederick, giving back to the ACS is a family affair; a his three children serve the organization as Young Professionals Against Cancer (YPAC) committee members.

We don’t value time like we should. And for me to be able to give my time to help others who have cancer and, hopefully, make a difference is what keeps me going. 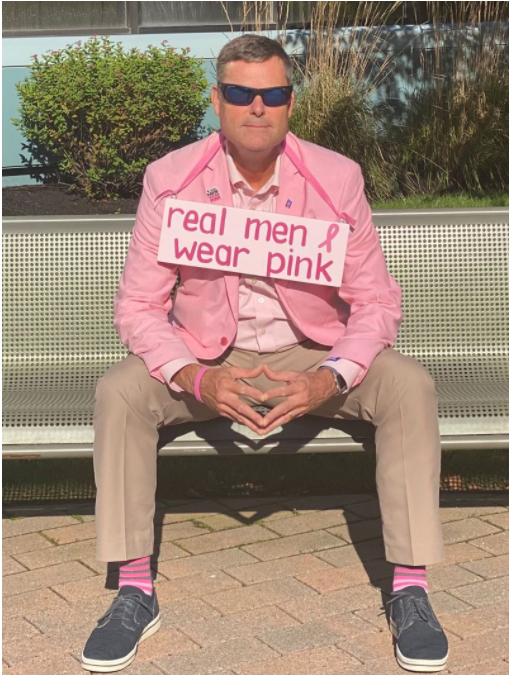