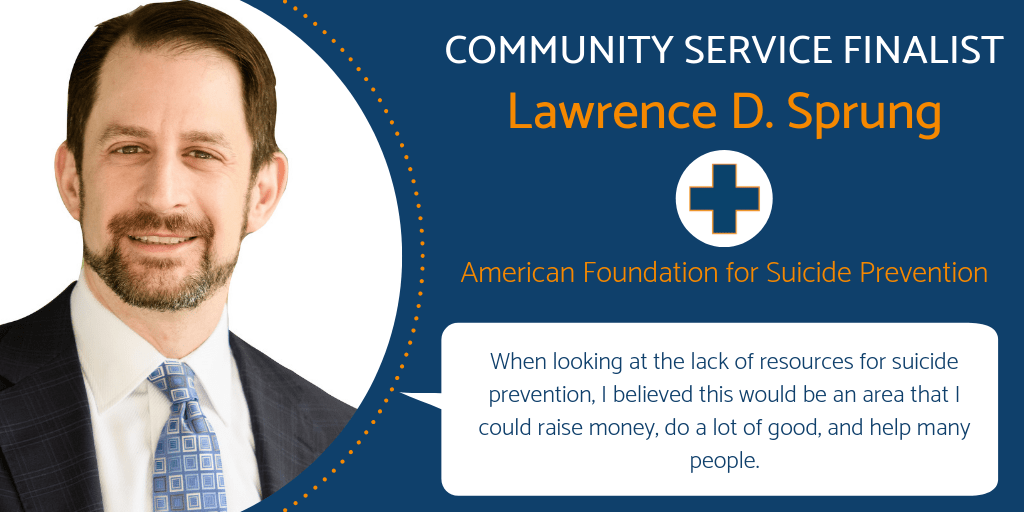 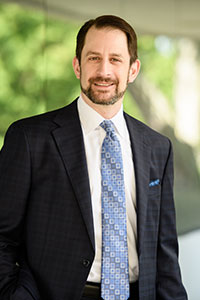 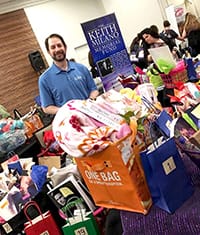 In 2004, Lawrence Sprung lost his brother-in-law, Keith, to suicide. This event devastated his family and Lawrence made a promise to Keith – you will not go quietly. Since 2004, Lawrence has made it his personal mission to help those who are suffering or affected by suicide through volunteerism with the American Foundation for Suicide Prevention (AFSP). AFSP is a voluntary health organization that gives those affected by suicide a nationwide community empowered by research, education and advocacy to take action against this leading cause of death.

Lawrence works to create a culture that openly discusses suicide and actively breaks down negative stigmas associated with mental illness. He has been called upon many times over the past 15 years to talk about his story and his experiences; he knows this candidness has helped saved lives. In addition to serving as a spokesperson, he has played a critical role during two rounds of strategic planning and has served as an instrumental fundraiser for AFSP, bring more than $1 million dollars to date.
[/su_column][/su_row]
[su_row][su_column size=”1/4″ center=”no” class=””][/su_column]
[su_column size=”3/4″ center=”no” class=””][/su_column][/su_row]