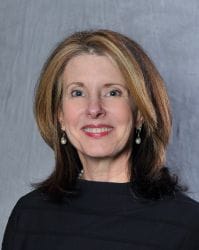 Starkville Bridges Out of Poverty

For many years, Lynn Phillips-Gaines, a principal of Phillips Financial in Starkville, Miss., held a common misconception about people in poverty.

“I used to see those less fortunate make poor financial decisions and think that it was because they were irresponsible or just didn’t care,” she said.

Three years ago, she read a book, “Bridges Out of Poverty,” that changed her outlook and inspired her to transform how her community worked toward eradicating local poverty. She came to see that neither the middle class nor the poor understand the mindsets of the other.

“Program developers, usually middle class, based their approaches on their own socioeconomic mental models — for example, requiring lengthy applications. But can clients read well enough? Are they organized enough to respond? Instead, they need an in-person process,” Ms. Phillips-Gaines said.

In 2011, she founded Starkville Bridges Out of Poverty to educate each group about the other and to build relationships between them.

The curriculum includes discussions about finances, community resources, predatory lending and causes of poverty. Those in poverty are treated as equal participants in creating their own plans to reach their ideal financial, professional, and spiritual situations. After the education component, they are paired with middle class “allies” who guide and support them for two years.

“I’m convinced that this is the path to success — working together as equals,” she said.