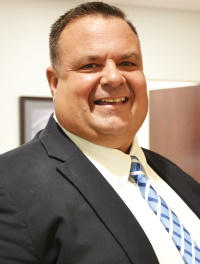 Be Like Brit serves the children of Haiti by providing a safe, nurturing home rooted in the virtues of faith, hope and love while developing a sense of social responsibility, community involvement and unconditional love. The orphanage was founded by Len and Cherylann Gengel to commemorate the life of their daughter, Britney Gengel, who died tragically in the 2010 earthquake that killed 300,000 people in Haiti. In addition to serving many Haitian orphans, Be Like Brit is also the largest employer in Grand Goave and employs 112 individuals directly, thus supporting many local families.

Michael Martin started working with the organization during its early inception and was present in Haiti for the dedication of the “Brit’s Home” orphanage in January 2013. As a father, he was moved by the Gengel’s experience. In addition to personally sponsoring a child and securing donations from his firm, Michael has participated in annual “Britsionary” trips to Haiti since 2016. His first trip was in the wake of Hurricane Matthew, where he contributed to home rebuilding efforts. His trips to Haiti have continued annually and he has forged meaningful, lasting relationships with children and staff alike at Brit’s Home. In 2018, he encouraged his family to accompany him on a Britsionary trip where they were able to forge their own relationship with Haiti. Michael’s can-do attitude and eagerness to integrate love into a practical form of service makes him an outstanding addition to the Be Like Brit family.