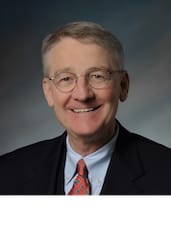 2015 Volunteer of the Year Award Finalist

Thomas Tessier, a veteran who served five combat tours of duty in Vietnam, is a passionate volunteer of Veterans Count, a program of Easter Seals NH that provides a safety net to service members and their loved ones, helping them rebuild their lives. Since Mr. Tessier helped launch Veterans Count Nashua in 2012, his efforts have raised more than $1 million in funds and in-kind donations. As co-chair, he spent untold hours creating awareness through face-to-face presentations and organizing three blockbuster Salute Our Soldiers fundraising events that attracted more than 1,600 attendees. The impact of his efforts has been critical. In the past year alone, Veterans Count has intervened in 90 suicide risk-situations, ensured that 2073 participants with previously undiagnosed mental health issues received care, helped 520 participants secure permanent employment, and prevented homelessness for 664 families at risk of foreclosure or eviction. Mr. Tessier’s amazing success has inspired other Veterans Count groups to form and has re-invigorated existing ones. His volunteerism with Veterans Count is indicative of the many years of volunteer service he has performed in various community leadership roles, for which he was awarded Rotarian of the Year in 2007 and Citizen of the Year in Nashua in 2012.