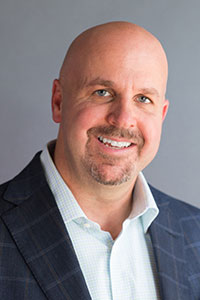 Over the past eleven years, Tim Rice has worked closely with the Boys & Girls Club of Greater Northwest Indiana, providing crucial leadership through capital campaigns and a merger. Tim has served in every possible position during his tenure with the organization and currently serves as the Treasurer on the Executive Committee. Under his leadership as the Capital Campaign Co-Chair with his wife Shelly, $4 million dollars were raised to renovate and expand the Duneland Club. This new facility opened in April 2017 and since then, average daily attendance at the Club has grown by 110%!

After wrapping up a successful capital campaign, Tim went on to oversee due diligence in evaluating a merger between the Boys and Girls Clubs of Porter County with another B&GC organization. The new entity serves more than 2,300 youth per day at 10 facilities and 11 before and after school sites. These achievements have garnered national awards and attention, placing B&GC of Northwest Indiana as one of the top 2% of clubs nationally. Tim values the positive role the club has for youth in his hometown and is proud of the fact that his daughter is a member who attends programming several days a week.